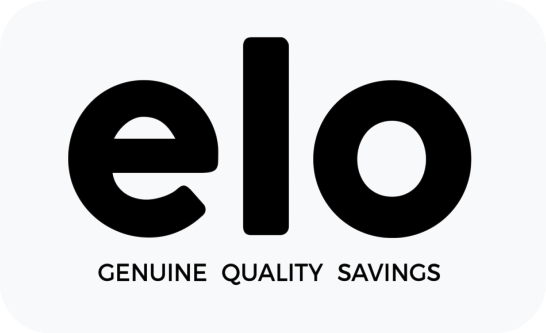 Create a sticky channel for their on-the-go customers, to drive repeat interactions and customer loyalty

35% of elo's total revenue is generated from their mobile app

How elo drives 35% of its revenue

through the mobile app

“60 million kgs of fabric is wasted every year in Pakistan alone.”Umar Qamar, Founder of elo (Export Leftovers) who has a textile background and comes from a family of entrepreneurs, saw a problem he wanted to solve and got right to it.

In 2013, when his father’s Canadian client went bankrupt and canceled a shipment of $150,000, elo was born. Umar created a website on Shopify, took pictures of products on his phone, and built a platform to sell leftovers from exports and from canceled shipments of orders. When he started off, Umar went about distributing 10% discount coupon codes to passengers in airport buses, and spoke enthusiastically about his small business. He was passionate, hard-working, and wanted to spread the word by connecting with his target audience. Before he knew it, elo was doing Rs. 100,000 in daily sales within 3 months of starting operations

The need for a native app:

Even though elo saw a lot of traffic on their website, their conversion rate was low. They needed to convert shoppers into paying customers. That’s when he turned to Plobal Apps to create a native app for elo. A mobile app strategy helped elo scale their business by reaching a higher conversion rate, bringing down marketing costs, increasing revenue, and enhancing the customer experience

Recurring Organic Installs Campaigns:For elo, one of the best strategies to get downloads has been through the Instalify app. Most of the early adopters of an app are the already existing loyal customers of the brand. Through Instalify, elo notifies customers about the existence of their app. elo also converts web visitors into app installs, thus using Instalify as a recurring channel. Accounting for up to 30% app installs, Instalify has been among the most successful user acquisition channels for elo

elo found that the app is its highest converting channel with a 4X higher conversion rate compared to its website. Customers on the mobile app spend 40% more as compared to the web. Based on this data, elo decided to scale their app install campaigns and launch paid ads on social media channels like Facebook.

We were impressed by the Shopify reviews for Plobal Apps. They offered super easy integration and great customer support. The team brings a range of benefits, from their simplicity to their strong cost competitiveness and personal support from our Customer Success Managers. Plobal Apps have really helped us in increasing our sales and customer loyalty. With nearly 35% of our annual sales coming from Plobal App, I can’t be happier

elo quickly realized that one of the most important aspects of a successful app strategy is engaging customers and keeping them up to date on offerings. Daily push notifications and event-based push notifications have been extremely effective for elo to communicate and engage with its customers.

elo is on a mission to provide sustainable garments at affordable prices and aims to have zero textile waste in their factory by 2022. Plobal Apps is proud to partner with elo, a brand that makes sustainability as much of a part of its bottom line as profitability!

You can check out their apps here:

Talk to an expert
Plobal Tech Inc. © 2021 All Rights Reserved.